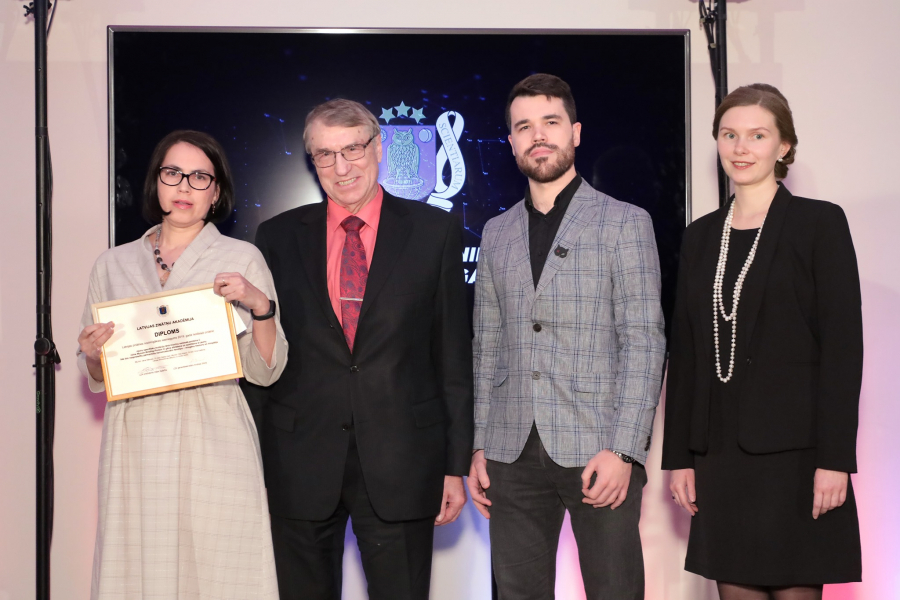 In December, 2020 the Latvian Academy of Sciences (LAS) has announced the most significant achievements in Latvian science of the year. The top 11 achievements were selected from 41 eligible proposal that was submitted for evaluation. Ten achievements were acknowledged with the Diploma of the President of the LAS.

In the end of each year since 2002, the Latvian Academy of Sciences announces the list of the most significant scientific achievements. Over the last five years the competition has become more intense as the number of participants submitting high quality entries has grown. at the same time the popularity and reputation of the contest has also risen not only among academic community but also wider public.

List of the top 11 achievements in Latvian science in 2020 (pdf)
Achievements acknowledged with the Diploma of the LAS President (pdf)
Photo by Jānis Brencis. Achievements of Latvian Science Competition 2019 Ceremony, 6 February, 2020.
Information
Latvian Academy of Sciences
Phone (+371) 67225361
E mail
This email address is being protected from spambots. You need JavaScript enabled to view it.
www.lza.lv
back to top
We use cookies