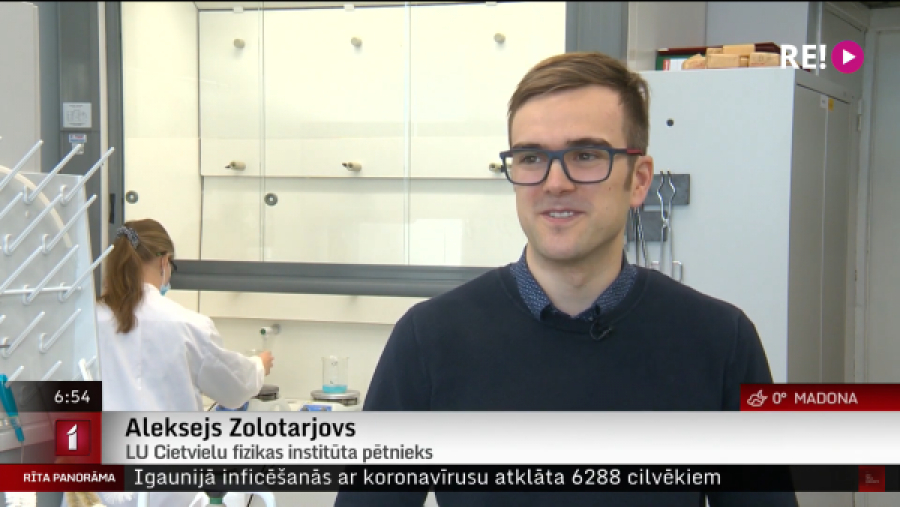 Aleksejs Zolotarjovs, a researcher at the University of Latvia Institute of Solid State Physics, is studying coatings with luminescent properties. In the future, such materials could be used in the manufacture of cars and road signs, Latvian Television reported February 9.

“We had to create a coating that can be irradiated by daylight and it will radiate the light at night. All of this is combined with outstanding mechanical qualities. We haven't seen cars that shine at night until now, but perhaps with this technology we can do it sometime in the future,” the researcher said.

Such material could also be used in road signs that would shine in the dark. Use can also be seen in medical treatment establishments in order to protect employees from exposure to X-ray radiation.

“In those establishments, you should make sure that the doctor and visitors do not get an overdose of X-ray. Our coatings could make a whole wall as an element that can then show if an X-ray leak has occurred,” explained the researcher.