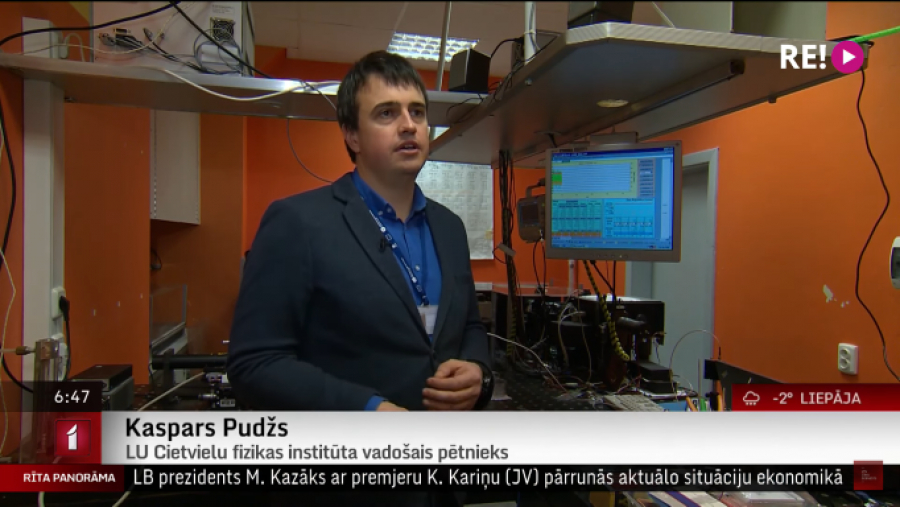 An innovative and very high-speed thermoelectric radiation sensor has been developed by the Latvian University (LU) Institute of Solid State Physics. It makes it possible to measure the intensity of infrared radiation, Latvian Television reported on January 12.

The new sensor will make it possible to produce more accurate equipment for laser surgery, welding, and laser engraving.

“This sensor is very high speed – capable of recording very fast laser impulses that are normally used, for example, in laser surgery. There are lasers where the pulses cannot be measured individually. They are measured in an integrated long period of time and mean values are obtained. In principle, it works, but it is not particularly good, because the intensity of the laser varies from pulse to pulse,” explained Mārtiņš Rutkis, a scientist at the LU Institute of Solid State Physics.

The sensor developed in Latvia works a thousand times faster than those currently available on the market.

“This is the first very quickly working sensor that allows you to work in real-time mode. You can measure at the same time that this pulse has emerged,” said Ivars Kalviņš, president of the Latvian Academy of Sciences.