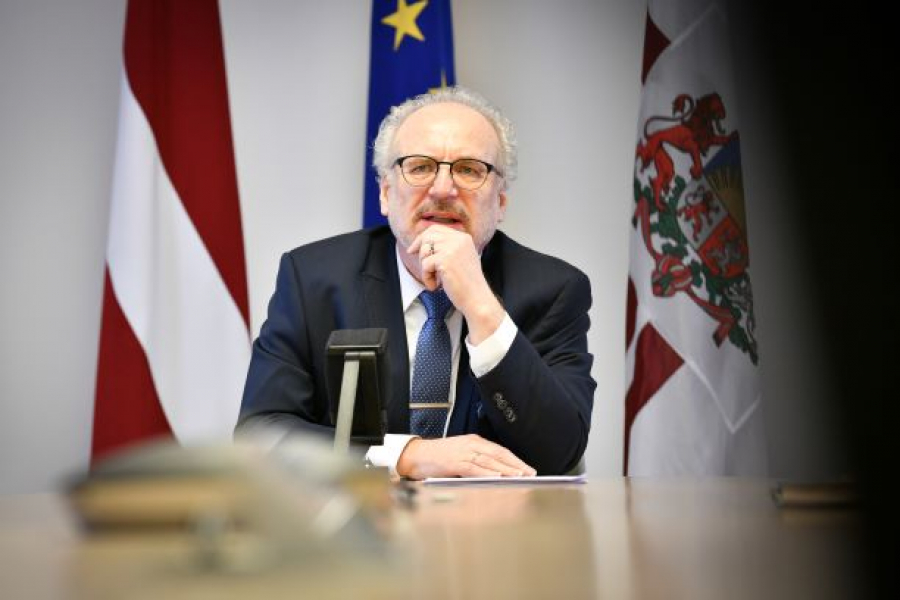 On the role of science in ensuring sustainable development of Latvia, its public administration and economic growth, both officials underlined that government response to COVID-19 crisis needs to be based on expert opinions and scientific evidence. As President Levits pointed out, LAS is an important partner in making these decisions: ‘We expect LAS to take part in discussing joint government decisions and provide necessary facts and information. Expert input in decision making during the crisis should be especially active.’

President of Latvia stressed the need to continue building the capacity of the Academy and importance of paying closer attention to the impact of public investments on the scientific progress in general. Egils Levits specifically stressed that current public funding is below the level of economically developed European states.

As both officials underlined, Latvia should reinforce its innovation policy, raise the awareness of public administration bodies about the economic and business impact of innovations, promote public and private investment partnerships on innovation development projects. According to Egils Levits, innovation policy must be closely integrated with research and development.

Source: Chancery of the President of Latvia