Winners of the Baltic Assembly Prize in Literature, the Arts and Science in 2022 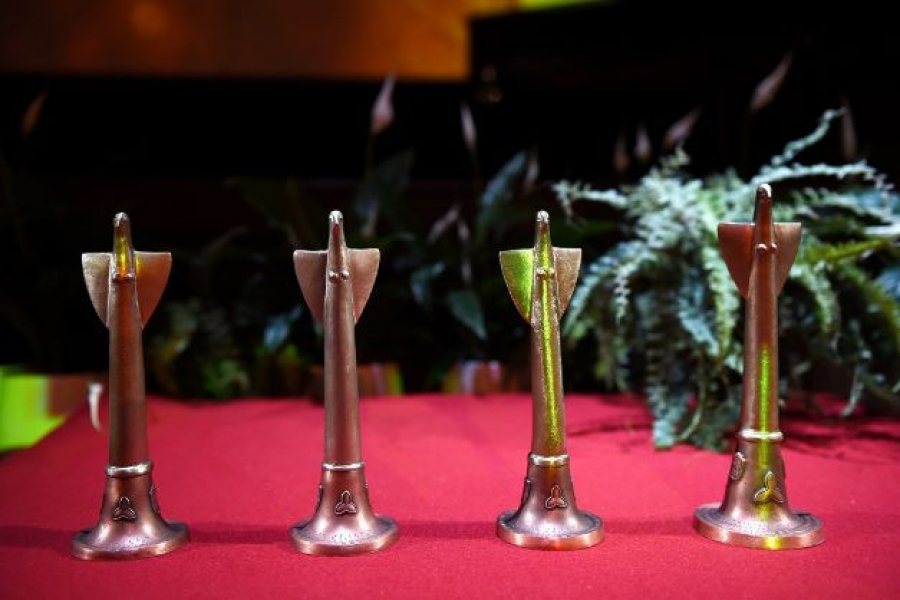 Kai Aareleid was nominated for her novel “Vaikne ookean” (“Pacific Ocean’’, published in 2021). Šarūnas Sauka was nominated for the unique iconography of paintings, principles of painting, which are closely related to surrealism and magical realism, for his phantasmagorical nightmare visions and hallucinations, which are rooted in reality, fed by biblical and literary visual images of hell, paradise, and purgatory, which have evolved through the history of fine arts. And Gustavs Strenga, Andris Levāns, Renāte Berga and Laura Kreigere-Liepiņa were nominated for the collective monograph “Rīgas jezuītu kolēģijas grāmatu krājuma (1583-1621) katalogs. Krājuma vesture un rekonstrukcija”, (“Catalogue of the Riga Jesuit College Book Collection (1583-1621): History and Reconstruction of the Collection”) (2021)*.

* The candidature of the authors of the collective monograph "Catalogue of the Riga Jesuit College Book Collection (1583-1621): History and Reconstruction of the Collection” for the Baltic Assembly 2022 Prize in Science was nominated by the Latvian Academy of Sciences.